Bring Epilepsy Out of the Shadows 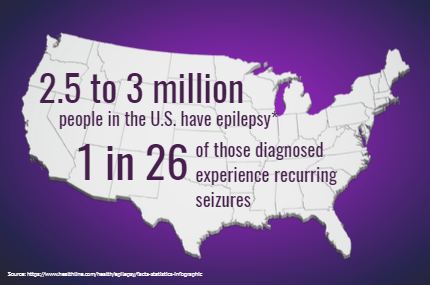 Epilepsy, affecting the central nervous system, is the fourth most common neurological disorder in the U.S. resulting in reoccurring, unprovoked seizures. It affects people of all ages but can be especially difficult to diagnose in young children. November is Epilepsy Awareness Month and the 2018 Epilepsy Awareness Day (EAD) presented by the nonprofit Sofie's Journey, aims to be the largest gathering of epilepsy patients, physicians, and advocates

Sofie's Journey began after then five-year-old Sofie Levy experience her first seizure. After years of pursuing various treatment, Sofie proved to be a strong candidate for brain surgery. Now nine-year seizure free Sofie is a recent high school graduate and will pursue her dream of becoming an EEG Technician.

The Levy family decided to dedicate their efforts to promoting epilepsy awareness by creating the Epilepsy Awareness Day on November 7th, 2013.  Since it's inauguration the 3-day event has drawn people from all over the world increasing awareness, education, and providing support.

Now six years later, the organization is proud to work with the International League Against Epilepsy (ILAE), the Chelsea Hutchison Foundation and other leaders including The Danny Did Foundation (DDF), and Citizens United for Research in Epilepsy (CURE) for their commitment in uniting the epilepsy community.

"We are so proud to be partnering with the world recognized governing body for epilepsy advocacy," says Candy levy, founder, Event Coordinator, and most importantly, proud mom of Sofie.

Aero Mobility is proud to join such an incredible community event.

WHO: People of all ages with epilepsy, their families and friends, and those whose lives are touched by epilepsy or who want to raise awareness for epilepsy.

WHAT: The EXPO will feature over 90 Non-Profit support groups, Epilepsy centers of excellence, Pharma, epile[sy related product manufacturers, seizure dogs and their trainers, and epilepsy professionals from around the world

COST: The EXPO IS FREE. Please remember this is a one of a kind event. You don't want to miss it!

PARKING: Parking is available to all guests in the main parking structure for $18 for the day of the expo.

Our Pledge to Donate

Every Sofie's Journey / EAD Referral Purchase, We Will Donate to the Cause 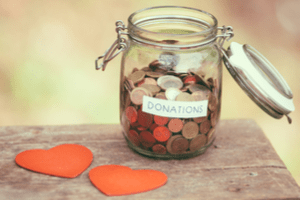 It has been an honor getting to know Sofie and the Levy family over the years. So when Candy Levy, Sofie's mom, asked us to join Epilepsy Awareness Day, it was a no-brainer. Not only will we participate in the exhibition bringing two accessible vehicles to display, but for every purchase from an EAD attendee or Sofie's Journey referral, we commit to making a monetary donation to the organization.

Because we carry a large assortment of medical equipment from wheelchair accessible vehicles to oxygen tubing, the donation amount will fluctuate based on purchase amount, the percentage of the sale that is state-funded and/or finance, and other varying factors. The contribution to Sofie's Journey will be donated from Aero Mobility directly to the organization, therefore, is not a tax deduction for the customer.

A Future Neurodiagnostic Technician in the Making

Sofie was 5 and a half years old when we noticed her first seizure. We are not sure how many went undetected, as they were pretty mild in the beginning. Sofie’s first identified seizure was on Friday, May 20, 2005, just before 6 a.m., a day we will never forget. Sofie woke up, tried to talk, but her speech was “stuck” (for lack of a better word) at first we thought she was playing around, but then we panicked. Like any scared parent, we called 9-1-1.  By the time the paramedics arrived she was yapping up a storm and questioning why there were paramedics in the house! Sofie continued to have seizures despite many medications and many (mis)diagnoses. We sought several opinions and consulted many neurologists, epileptologists, and neurosurgeons nationwide.

When Sofie continued to have seizures the opportunity was presented to have a neurosurgical evaluation to see if she was a surgical candidate. The evaluation included neuropsychological testing, as well as the Wada Test. We were fortunate enough to be lead to Sofie’s cure: at the pediatric epilepsy surgery program at UCLA Mattel Children’s Hospital with our hero, Dr. Gary Mathern, Dr. Raman Sankar, and their team. We always thought brain surgery was the last option, not understanding sometimes it’s the best option. Great news, Sofie was a candidate!  It was time to explain how fortunate she was to be a surgical candidate, that she wound up a lucky one to have a surgically treatable disorder!

Once we understood, our focus changed to helping our child, and now, others like her, with epilepsy. We didn’t realize what a stigma epilepsy carries. Looking back, we were guilty of it too by telling people she had a “seizure disorder.” What is often called seizure disorder is really EPILEPSY, but it doesn’t sound as bad! Friday, February 27, 2009, became the scariest and at the same time, the best day of our lives. Sofie had a left temporal medial lobectomy; her “troublemaker” was removed. The lesion was the cause of her focal dyscognitive seizures, something she used to call her “crookies.” We had agreed that surgery was the best chance for Sofie to be a “regular” kid, but it was still hard to grasp that she was having brain surgery. When the surgery was described as “just another day at the office”  we were in awe. We brought our Rabbi, family and close friends to UCLA on the big day and prayed for this surgery to be Sofie’s cure. Brad added the promise to ensure others would have opportunities like his daughter, and this has happened.

Now, seven years later, Brad Levy & family is EEG to Go, a full-service EEG monitoring service catering to kids (& adults) mainly, but not only with special needs. As her parents, we are ecstatic that Sofie is coming up on 7 years seizure free February 27th!! Sofie is currently in 10th grade, mastering American Sign language, aerial acrobatics, and doing a lot of writing.  Sofie has a unique connection with younger kids (& older adults) and is currently working on becoming a Neurodiagnostic technician and performing EEGs on kids very soon! As a family, we have focused our passion for epilepsy awareness, ensuring others are afforded opportunities to receive great epilepsy care by creating EPILEPSY AWARENESS DAY AT DISNEYLAND® RESORT, which debuted in November 2013.